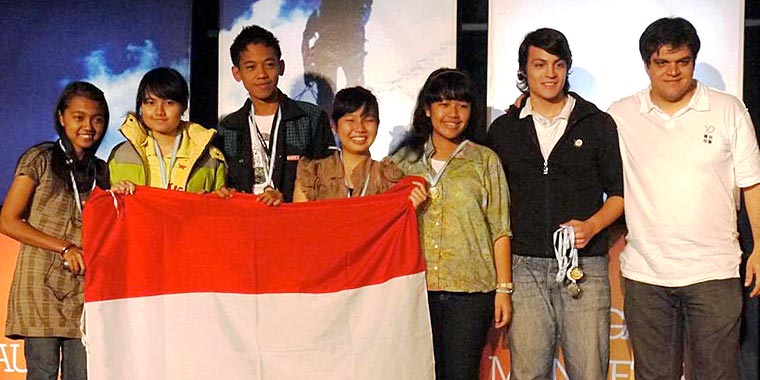 After success in the Annual Student Company Fair in Jakarta in June last year, Bayat once again told the world that, notwithstanding it being a small village far away from city crowds, it has Ines – a student of SMKN 1 ROTA Bayat, who with her team won 2nd place in Company Fair category in FIE (El Foro Internacional De Emprendedores/ International Forum of Entrepreneurs) 2011 in Cordoba, Argentina. The event was organized by JA (Junior Achievement) Worldwide and other categories of the competition were Best Entrepreneurship, M.E.S.E, Going Around the World in One Night, and International Breakfast.

The forum was held on 9-14 May 2011 and there were delegates from 12 countries around the world coming from five continents participating in this event. Amongst these countries there were 20 delegations with total of 600 exceptional high school students competing on behalf of their nation.