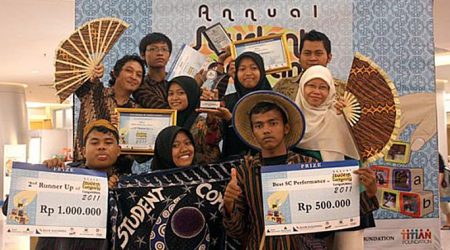 On 23 – 24 July 2011, SMKN 1 ROTA Bayat participated in the Annual SC Fair held in CityWalk, Jakarta, under the company named AKIRA. Akira was a tremendous success in this event and awarded as Best SC Performance and 2nd Runner Up, with the highest return amongst its ‘big city cousins’ competitors. This is the second time Student Company from SMKN 1 ROTA Bayat won the Best Performing Student Company.