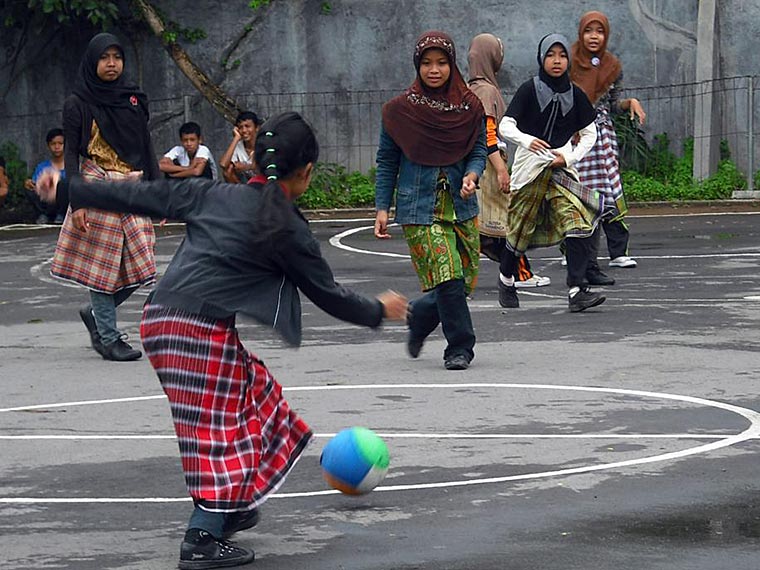 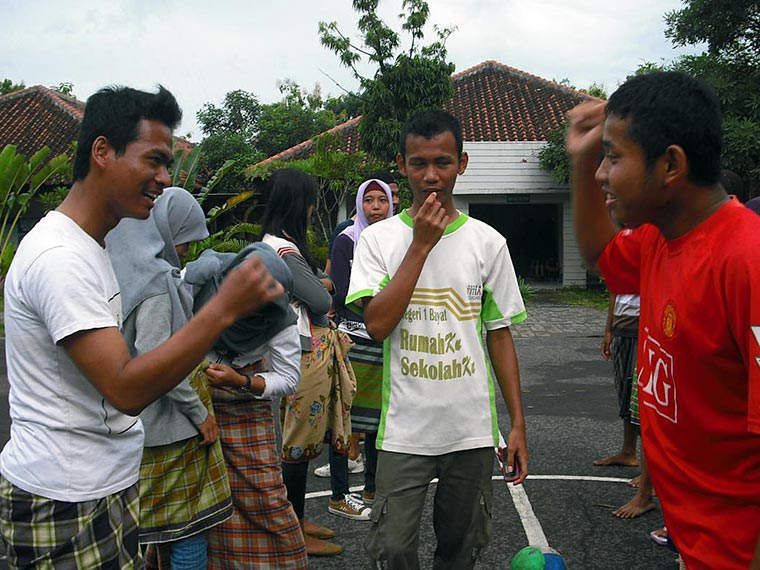 Thanks to Shanty Octaviani, a student from the second generation of scholarship. To avoid the long boring holiday she came with a creative idea to hold a sport competition. The idea is to promote fair play and teamwork.

They decided to do football competition because it is a big sport even in Bayat. Everybody loves it. However, football also needs many people to play in each team thus they chose futsal instead, and to make it even more fun each team should wear sarong. Hera Ramadhani, the elected PIC for this event named in Sarong Futsal Competition. 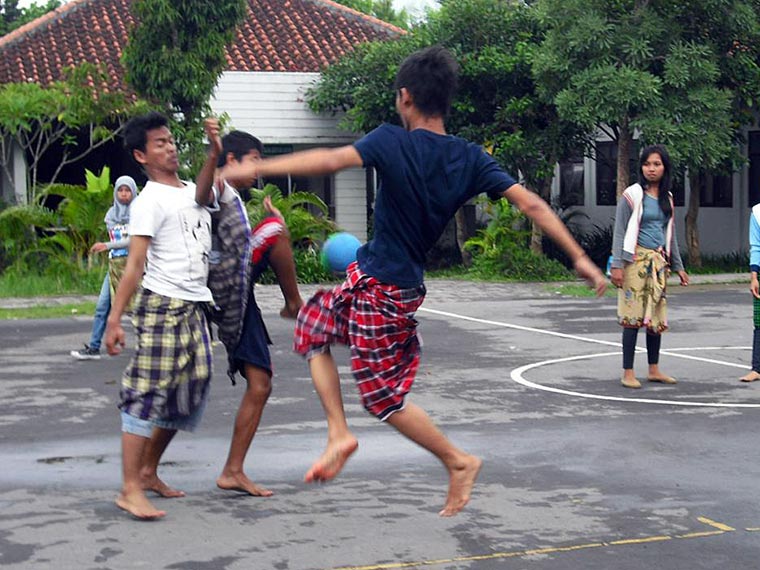 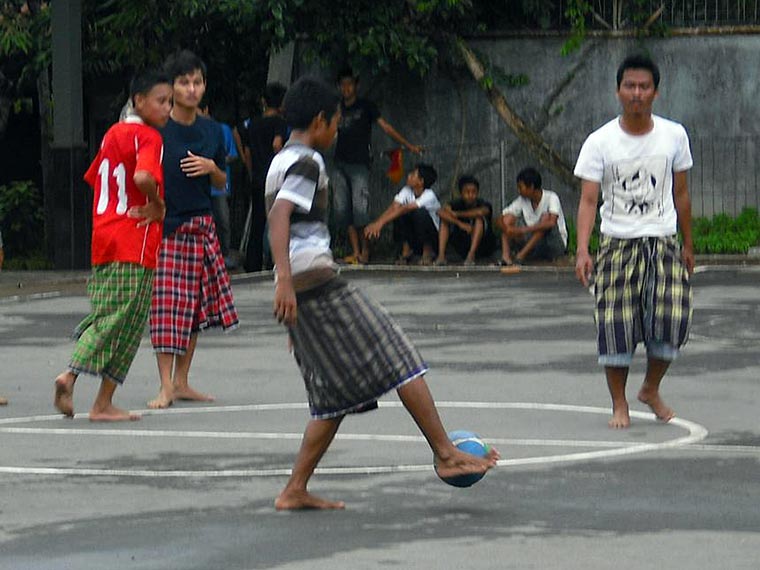 It was held for four days from 26 to 29 December 2011. The competition was a compulsory for Batch 4 students but other batches were welcomed to join. It was a close fight but also entertaining to watch. “It isn’t about winning or losing but our togetherness in these 4 days was my precious moment” said Edy Riyanto one of Batch 4th student.

Despite our great sadness at her departure, we feel very fortunate that we have managed to publish two editions of her batik book: Teknik and Ragam Hias Batik Yogya dan Solo (Indonesian) and Techniques, Motifs & Patterns Batik Yogya & Solo. These two books are a superb legacy for younger generations and will ensure the preservation and development of batik as a fundamental part of Indonesian culture.

In 11th December 2011 we held mentorship for 3rd Batch students who have been sitting in 11th grade and will soon sit in last grade in high school, we want to motivate them to have thought that they can success even amid limitations. Economic and facilities barriers will not dampen their enthusiasm to continue their study. Determination can defeat all the limitations; courage to face any challenge would be weighing the motivation to achieve dreams.

In 18th December 2011, 4th batch had their mentorship. As teenagers they are still in the most volatile period and for them mentors want to give them a learning about morals. We hope they can face physical and responsibility changes with emotional maturity and stable mind. With good morals they will cautious and not let their self fall into negative actions and interactions.

Nowadays University entry rivalry is more difficult. That way the preliminaries cannot be half hearted. For that reason Titian Foundation help their students to get good preparation by provide a tutorial. Tutorial program has started last year in 1st Batch and for this year Titian Foundation cooperated with Mastergama to provide the teachers. Tutorial held every Sunday start from 09 am until 12pm in Mastergama class rooms.

“The material that I got in tutorial for university entry preparation very different from what I learned in my school. I realize that my readiness for the test is very less. I will be more eager to catch my pace”, said Selvia Sandra Dewi one of Tutorial students at the end of Math class session.