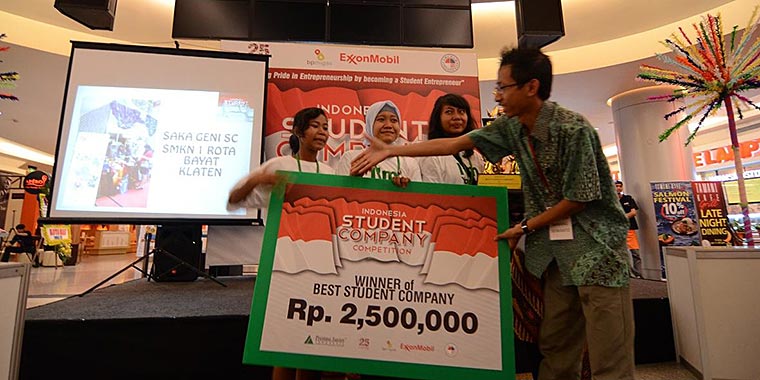 Student Company (SC) Sakageni SMKN 1 Rota Bayat – Klaten was chosen as The Best School Company at the Indonesia Student Company Competition (ISCC) organized by Prestasi Junior Indonesia over two days on 22 and 23 June. The competition took place at Sudirman City Walk, Sudirman with ‘Developing Pride in Entrepreneurship by Becoming a Student Entrepreneur’ as its theme, this annual event was attended by 12 student companies representing schools all over Indonesia. 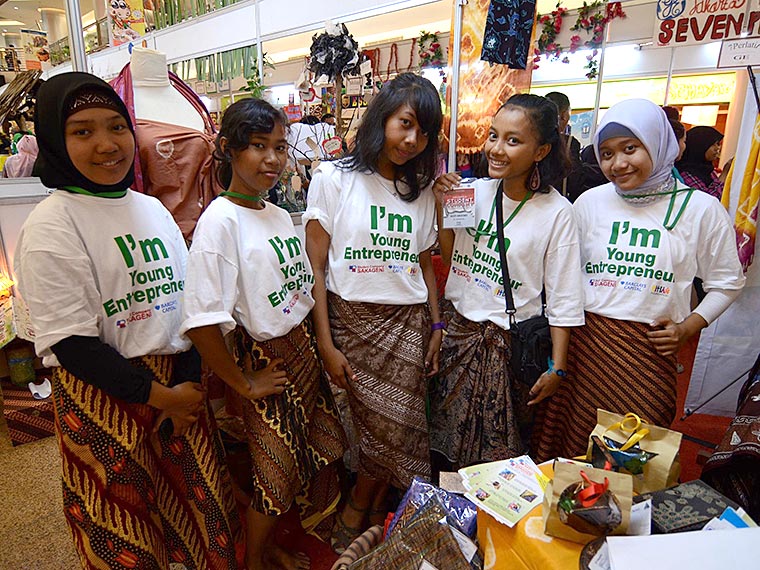 Every student company exhibited their company’s products and participated in a number of competitions such as making a video commercial and a number of business challenges. Each SC is required to make a company report and present it to a jury. On this occasion, the students developed their ability in the world of business by interacting with consumers, showing their ability to innovate, create a strategy for their business.

This is the third year that the student company of SMKN 1 Rota Bayat has attended the competition. In 2010 Sakura SC won the award for Best SC Performance. In 2011, SMKN 1 Rota Bayat was represented by Akira SC and won the award of the best company performance and 2nd runner up for the best student company. This year Bayat was represented by Sakageni SC, who were the best in each of the categories in which they competed. The Best School Company is the highest award in the whole competition. In addition to a trophy and cash prize of 2.5 million Rupiah, Sakageni SC has won the right to represent Indonesia in the more prestigious Asia Pacific event. 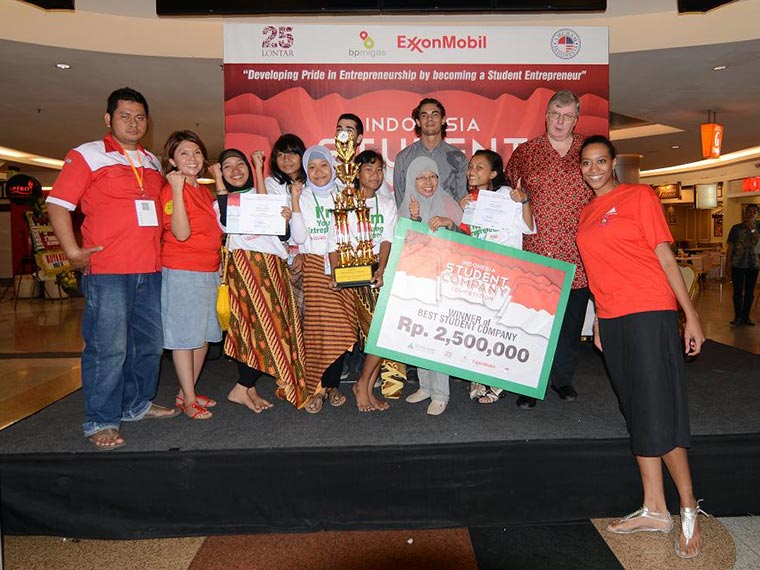 The participants of SMKN 1 Rota Bayat at the ISCC event. They benefitted from the support provided by Titian Foundation, Barclays Capital, and their cooperation with Prestasi Junior Indonesia (PJI) as the organizer of Indonesia Student Company Competition (ISCC).