Entrepreneurs can be seen as national leaders who bring change and innovation. Their role is very significant for our economic development. In fact, the role of entrepreneurs is really needed in various fields to make changes in this country.

The low employment opportunities which caused by the impact of Covid-19 has led us to be more equipped with other abilities including the skill to start business both independently and collaboratively. Entrepreneurial activities can be practiced since young age. This activity is aimed to opening up business opportunities to help solving problems in society related to this situation as well as the large number of unemployment and poverty rates.

Therefore, Titian Foundation Bayat has formed a group of young entrepreneurs for Generation 12 through entrepreneurial training and mentoring to hone entrepreneurial skills since an early age. This group of young entrepreneurs consists of 10 people; Yushiana Mutti Avina, Fia Setyo Astuti, Vivi Indah K., Dimas Syafrudin, Viona Eka Bunga, Hanifah Fuad S., Yusanda Ali Barokah, Ira Meylana, Indah Munica, and Asrifah Nur Khasanah. These ten youngsters have different educational backgrounds. At first, they volunteered themselves by filling in a register form and the group was formed and they named it “Meraki”. The word meraki is a Greek word which means ‘to do something with soul, creativity, and love’. The Meraki members are willing to start learning wholeheartedly. This program is conducted once a week with the target of members being able to make products and sell them.

The first, second, and third meetings were used for introductions, theories, and discussions about what to do and also the steps needed. It began with a discussion about the product and continued with determining the market segment. Through this discussion they chose the items that will be produced, such as a tumbler pouch, a set of pouch with a straw, wallet pocket, and tote bag with their school friends as their market segment. The Meraki members had a discussion by making a mood board, determining the tie-dye technique to be used, the organizational structure, the Meraki logo, calculating the material requirements for production preparation, making a production schedule, and learning to calculate COGS. 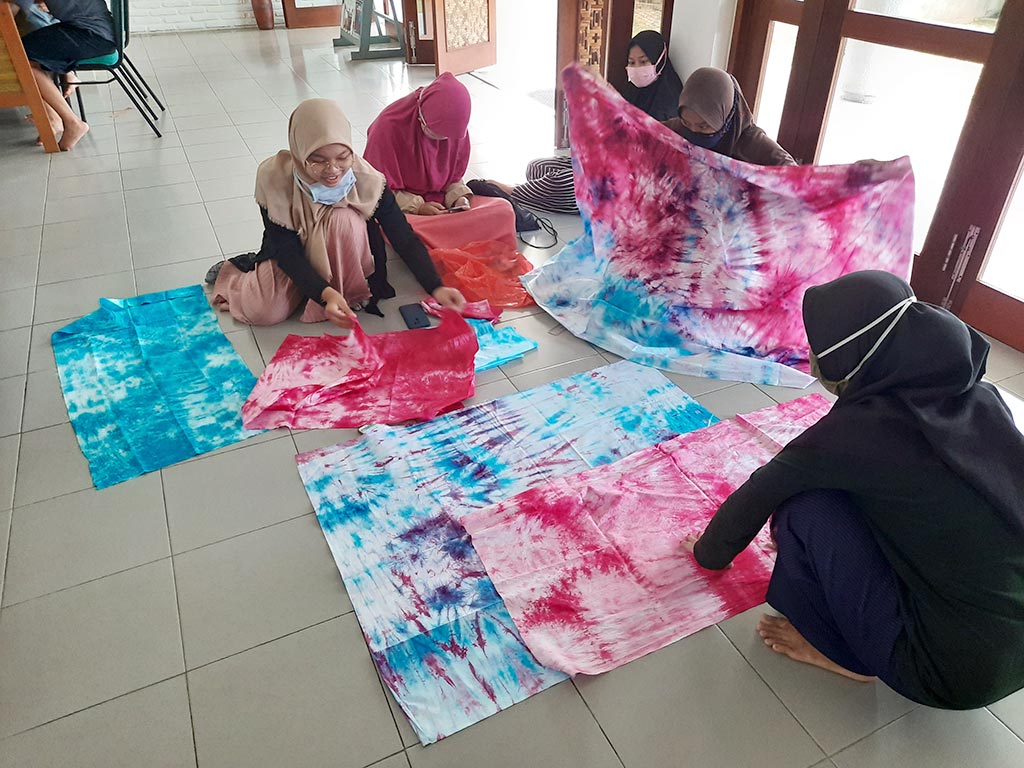 The fourth meeting was carried out by using the remasol tie-dye technique. This technique is relatively easy to use for beginners, considering that none of the Meraki members have basic knowledge in crafting. The colors and patterns produced are bright and unique according to the selected market segment. There are two colors used: turkish blue and fuchsia. After the process of making the cloth, they bought their own materials, and they’re able to dye independently after being given one sample.

After the process was complete, the cloth was cut and sorted. Previously, Meraki members had bought additional accessories for their products, such as zippers, straps, and label. After everything’s ready, the next step was making a sample. The process of finding a tailor took a long time because the majority of tailors are mothers who accustomed to sew clothes and lack of experience in sewing another type of products. Some of the samples still have errors such as the construction of the stitches, the stitching that is not neat as well as the sizing, and so on. The sewing process was the longest process. 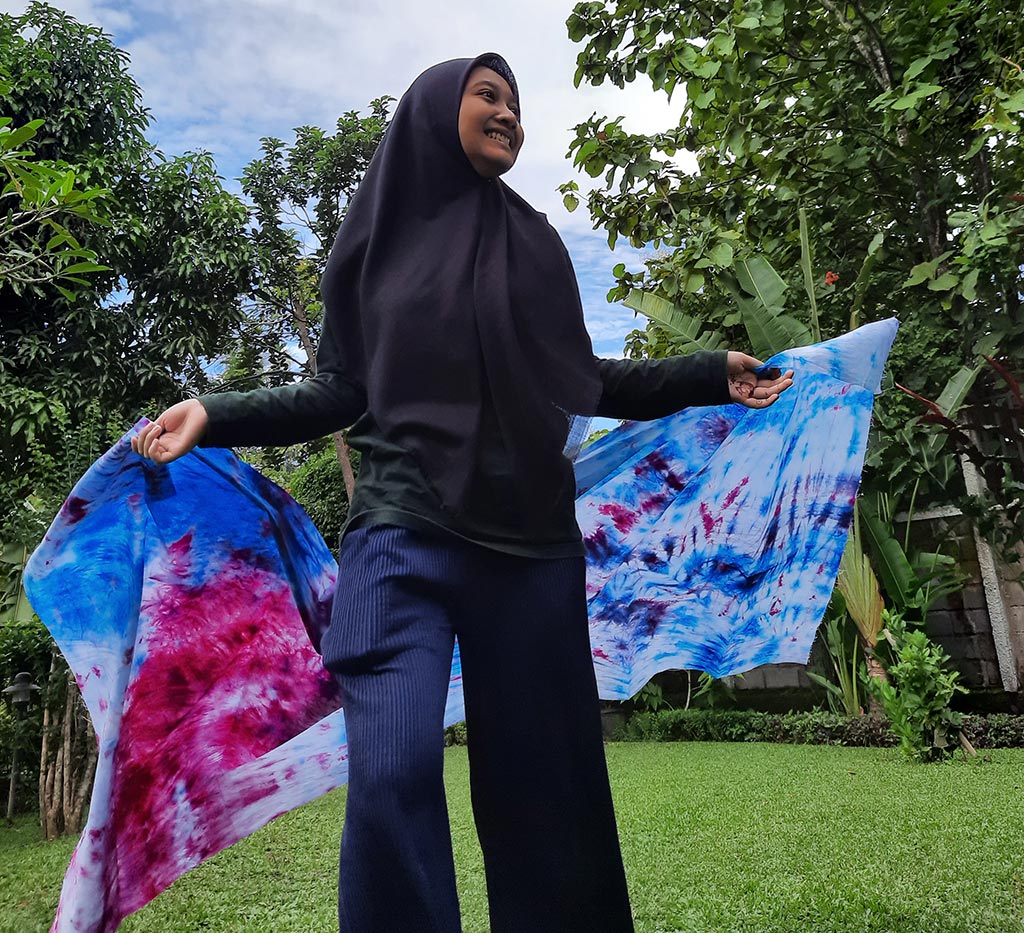 The products that have passed the quality control process were photographed and then uploaded to Meraki’s social media feed post also to each members’ social media accounts as their marketing effort. The capital obtained through the sale will be returned to become the initial capital for the next young entrepreneurs. At the beginning of the process, there were several obstacles faced during the process, including the busyness of each member so it’s quite hard to manage time between school, other activities, and Meraki activities; the lack of acquaintanceship and communication amongst the members because they come from different schools, and the lack of knowledge in the product manufacturing process made the task completion longer. However, time went through and they have passed the process together and they also conducted extra activities, such as cooking and eating together which in turn made the Meraki team more solid. (Anitasari)

← Previous News
Get to Know Yourself Better

Next News →
Sharing with Titian Alumni