Literacy: A Journey to The World

“Thank you for the presence of Titian Foundation in our community, which has given good impact to all circles; for children, teenagers and us, parents.” The Head of Dusun Rebuk I gave a speech at the Year-End Festival held by Titian Foundation CLC in Rembitan, Central Lombok.

One year ago, on December 29 of 2019, Titian Foundation officially opened a Community Learning Centre (CLC) in Dusun Rebuk I, Rembitan, Central Lombok and carrying out Titian’s vision: to improve the education, knowledge and skills of communities in order to empower and ensuing growth of people and their cultural heritage. 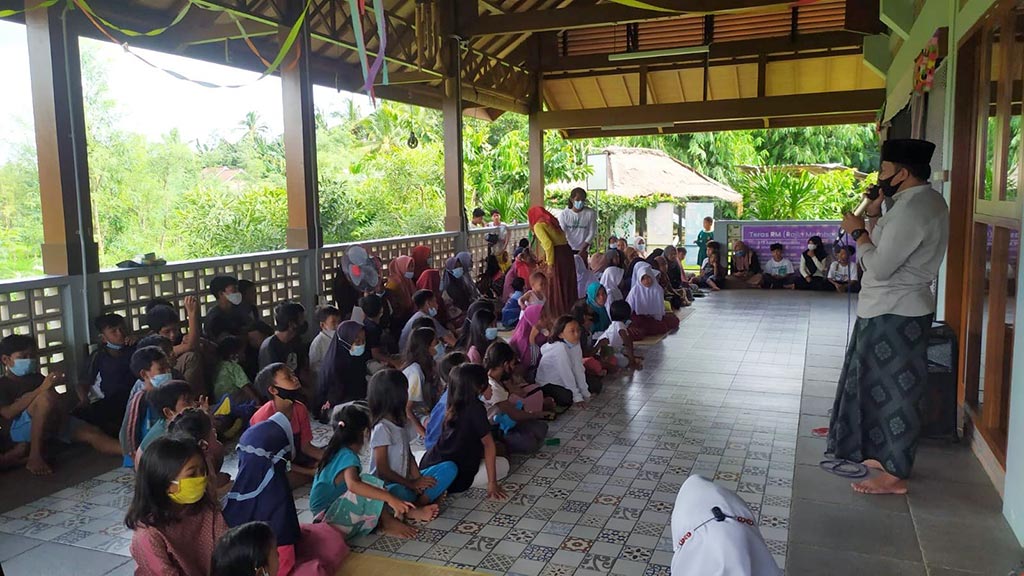 It’s also been a year for Titian Foundation to learn and grow together with the people of Rebuk I. We have learned a lot of new knowledge from each other, as seen in the Year-End Festival which was held on December 29, 2020. With “Literacy: A Journey to the World” as the theme, we want the Rebuk I community to understand that with literacy many things can be better. With literacy, teenagers understand the world better and become more daring to have dreams. With literacy, girls will not marry in a young age. By being more literate, parents will understand the importance of educating their children. And literacy is a real proof of love. We really feel some changes happened in the community, starting from the children who used to be so shy and had difficulty in communicating, now they are used to reading books and can even confidently re-telling what they have read in front of many people in the competitions we held.

The enthusiasm of the adults in the community was also huge, they participated in Environment Hygiene Competition in aim to escalate awareness in Clean and Healthy Living Behavior (PHBS). Not only that, parents also participated in storytelling competitions. It is an interesting thing when children and parents compete in the same field. Not only the parents, the children were also involved in ‘First Rank’ Competition, where their knowledge was tested with a series of questions from the committee. In other competitions, they also learned to express their imagination by participating in Drawing Competition and also in Spelling Competition that required them to think quickly and accurately. 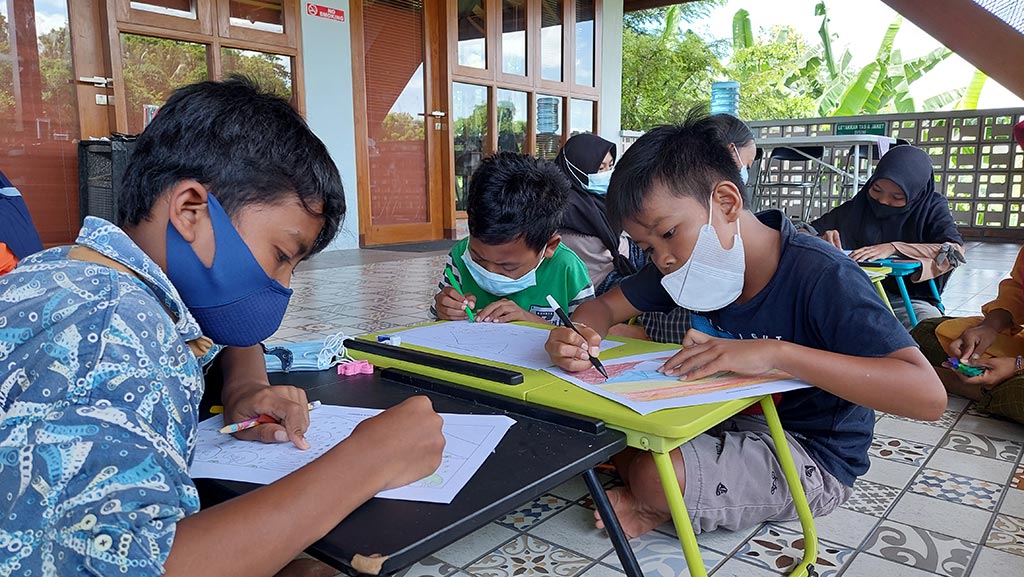 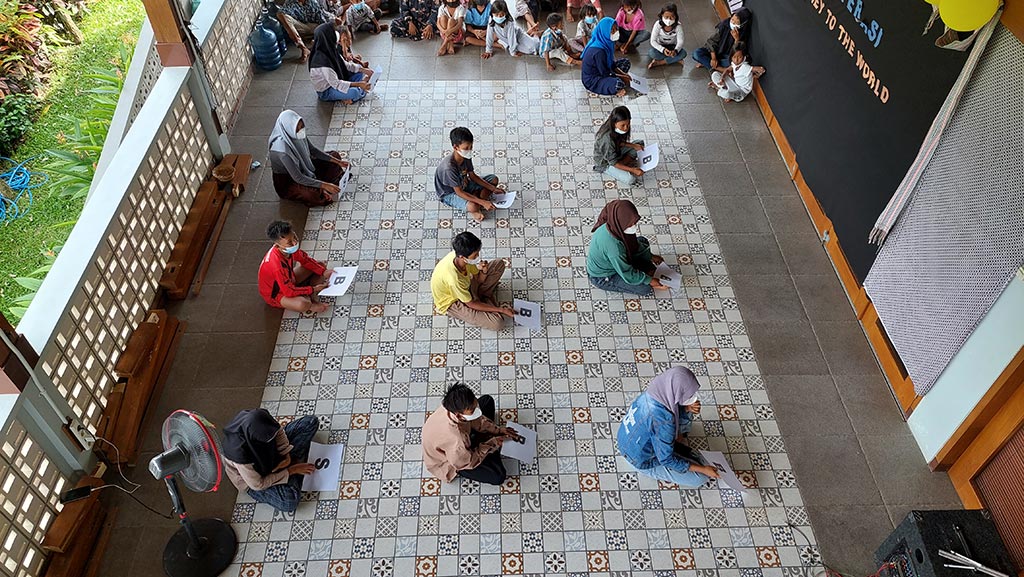 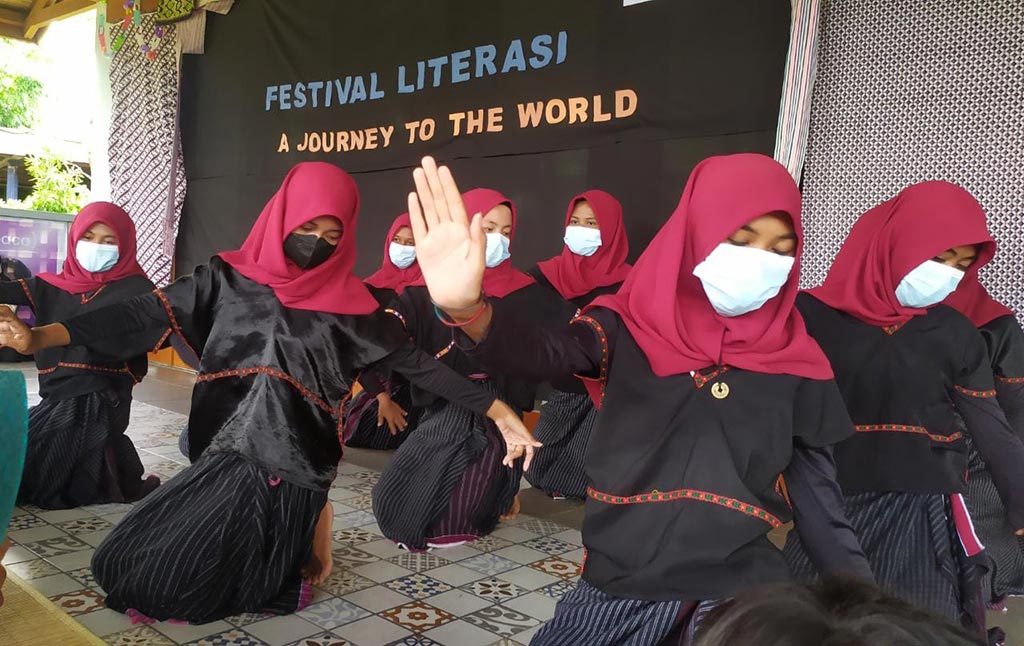 The excitement of the Year-End Festival was also increased with the performance of teenagers who confidently performed regional dances as the climax of the event. Their confidence shown in front of so many people is something to be proud of for us. A year ago, let alone performing dances, they were embarrassed to interact with us. Those who previously did not dare to dream can now speak out loud.

And, yes, the Year-End Festival is a reflection of our happiness in learning with the community, spreading the goodness of literacy, and growing together. Another thing that makes us proud is that the committee for this Year-End Festival are the teenagers who have been with us for the past one year. Being the committee of the Year-End Festival is definitely a small lesson for teenagers to face the dynamics of their lives in the future: organizing, leading, and planning. We will continue to learn together, grow together, so that the light of literacy will continue to shine brightly for a better life. (MTP)

Next News →
Literacy Goes to School!