Currently, Titian Foundation is facilitating five community-learning centers located in Padang, Cigalontang, Gemawang, and Bayat. The two CLCs in Bayat are school based that are run by the school management, SMK and SMP in Bayat, while the rest are run by the community in the village.

Last January 3rd, the CLC of SMK facilitated the establishment of Klaten’s Librarian Association (ATPUSI). The idea came from librarians in one of the SMKs in Klaten who think that as librarians they need to have an organization which is acknowledged by the government. The organization is hoped to be a vessel to voice their aspirations in the government. 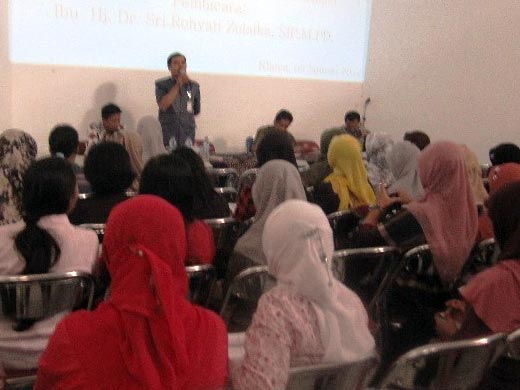 Apparently the idea was very welcomed by many fellow librarians. As many as 185 librarians from all over Klaten are gathered in SMKN 1 ROTA Bayat to support and witness the formation of this association. The event invited representatives from local government and also from other ATPUSIs in Central Java to share their experiences of how such organization is significant for them.

In the meeting, it was agreed that ATPUSI will help advocating the needs and aspirations of librarians in Klaten and more importantly for their career development to the educational authorities in the region. It will also be the place where they share ideas and discuss challenges in improving the performance of their school libraries. In their testimonials many librarians said that they have been waiting for this time when they have representatives to speak their aspirations in the government.