They had experienced the morning-to-afternoon blistering heat of sun on the beach when they were younger. Almost all of them were selling bracelets at the beach in their childhood which led them to a big consequence, one of which was their slower reading ability. Of course, their ability to read also affects the amount of time they take to receive and digest new knowledge. During junior high school, some of them were discouraged and labeled themselves with negative self-assessments—stigma—that they were so strongly attached to. Given the strong cultural consistency, we are also very careful to reach the premise that teenagers in Rembitan really need to get out of their comfort zone to have more experience and expand their mindset as it is needed as a fundamental component to maintain both their resilience and welfare.

This self-confidence issue is further fostered by the lack of support from family and the surrounding environment. Giving encouragement and direction to teenagers who have put a stigma on themselves is certainly not an easy task yet we do see a big opportunity here: we are dealing with souls who still have a lot of room to fill. At first, the existence of CLC at the Titian Community Learning Center (CLC) in Rembitan, Lombok, was a big question mark for them: what is this place? What can we do here? 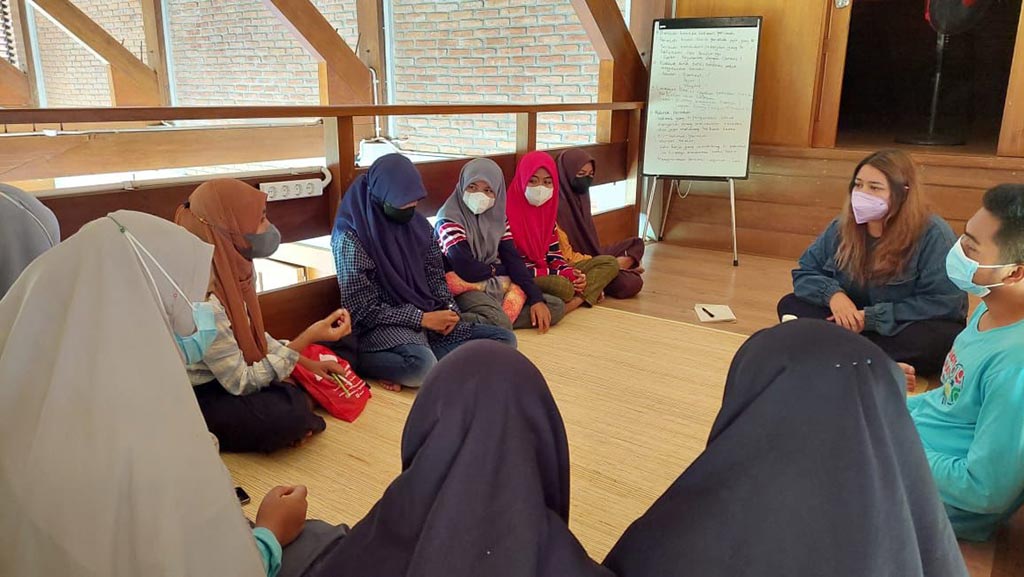 Months passed and in the end they got to know Titian better and were moved to join one of our programmes. At first, through the Youth Mentoring Programme, we tried to build their confidence and also get to know them better. Now, we are in the stage of trying to start developing their thinking skills and increasing their knowledge. Introducing them to new knowledge and perspectives is both challenging and fun for our facilitators. The energy they gave us was so comforting. By compiling simplified material to be easily accepted by those who are still in their teenage years and also using a casual style of communication, we introduce them to simple formulations of some popular theories for developing mindsets. One of the main goals for this programme: to get them to prioritize education and self-development.

Seeing the many myths in the community, our facilitators tried to introduce them—in a fun and interactive way—to the history of myth formation and also how to distinguish between myths and facts in the Breaking the Myth session. At least their awareness about the dangers of myths that are not useful for them or obstructing their self-development has been ‘helped’ a bit by the information they get from internet surfing, especially from social media platforms, but their big challenge is sorting out information that is really valid and needed, and what is more challenging is the intense interaction with the generation above them who still believe in myths that obstruct self-development and exploration. 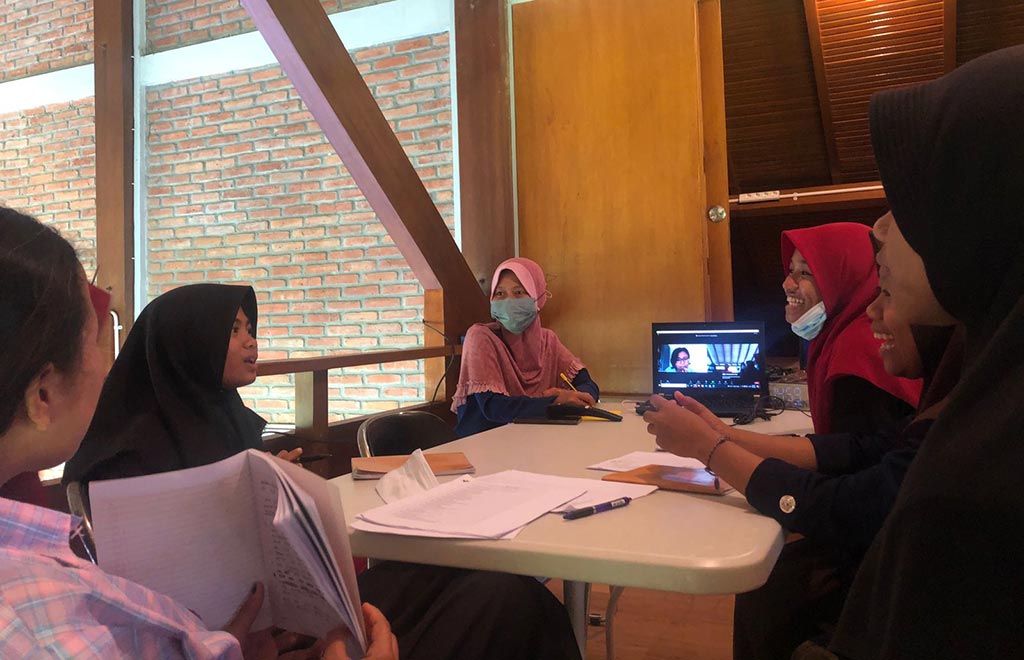 This session became an exciting session because it was very relevant to their daily lives. In the end, teenagers were faced with one question: Do they want to follow the development of a world that has been colored by technological advances? Looking back, one of Titian’s unique and ‘revolutionary’ experiences in Rembitan was eliminating the regressive impact of the existence of myths regarding the use of the songket pattern, where the myth is now believed to be a mere story, and in the end some of the Weaving Class participants at our CLC tried new patterns which means they chose to take a step forward for the sake of increasing their economic capacity, and myths are myths.

The initial results of our mentoring meetings can be seen from the ability of the youth to grasp various terms and new information that they remember during the following mentoring sessions, even if just a bit part of it. We also discussed Critical Thinking. The facilitators invited them to start analyzing various things that were happening around them, including the case of early marriage and also the development of tourism in Lombok. The existence of the MotoGP Circuit inside the Mandalika Creative Economy Zone is a great learning field for them. In responding to this, they have different unique points of view. Of course, as natives of Lombok who live very close to Mandalika, they have distinct views in perceiving their own homeland. The Critical Thinking session was intended for introducing them to a more structured mindset: strengthening research and verification culture, building arguments, doing contemplation and reflection, and in the end they compare various references in simple ways, adapted to their circumstances as growing teenagers. 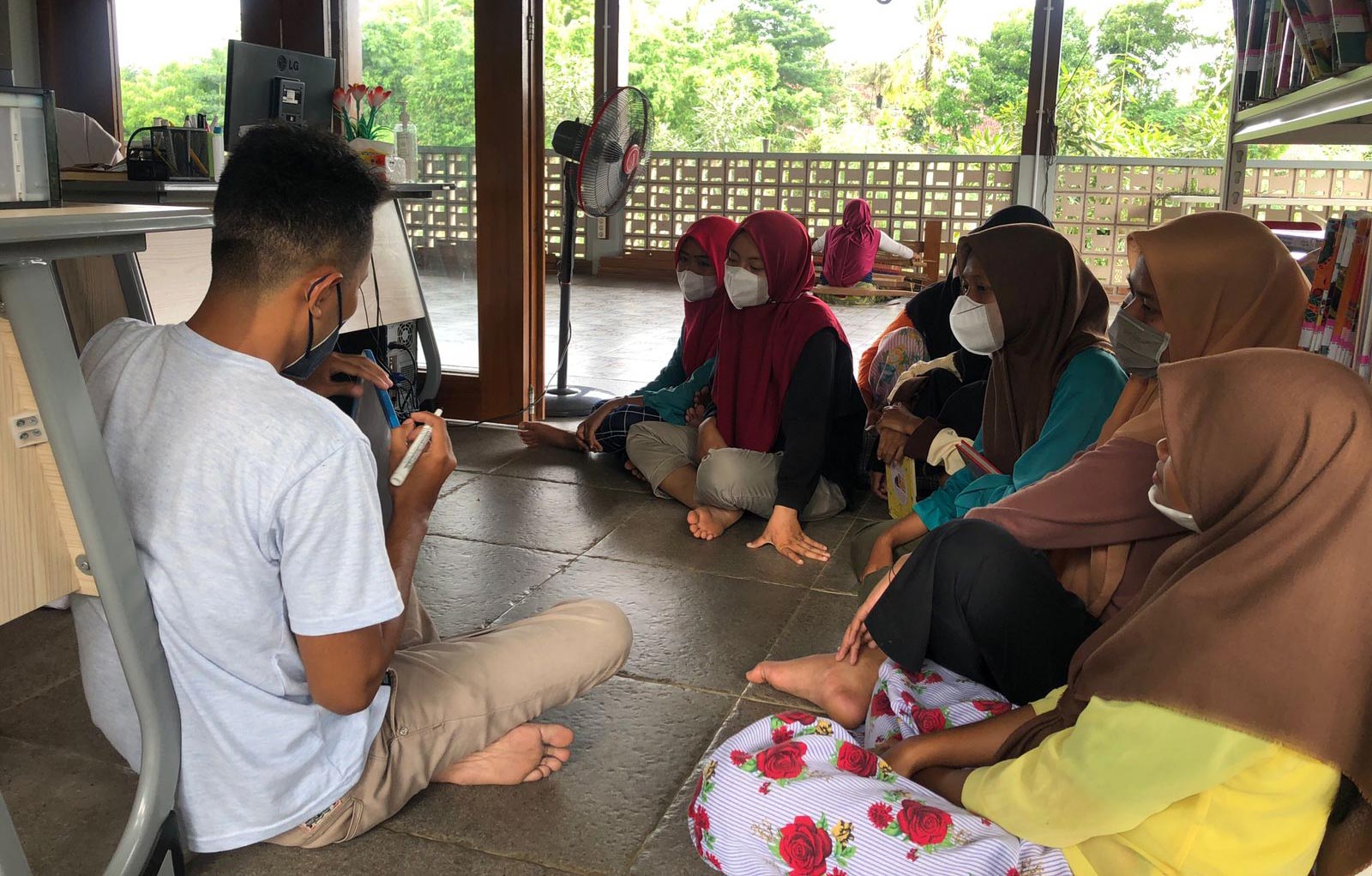 Their progress and enthusiasm were seen again in other mentoring sessions when they were asked to explore themselves. After being given an example to make only five words that can represent themselves, it turned out that they were excited to write more than five words, some of them even wrote more than ten words. They explained themselves, dug deeper into their inherent character, and found out how the options and follow-ups of all the points in themselves, that already exist in their inner self, can be a benefit for survival. We also did the next interesting session, Comfort Zone, where the teenagers were invited to see the world from another side: uncovering sides other than the places and situations they usually see and experience. However, beforehand, they should know the reasons why they need to get out of their comfort zone. Therefore, the facilitator introduces them to a simple theory about comfort zone: when we are about to break into it, there may be fear in the beginning, but in the end when we overcome that fear, we will eventually grow. We always remind them that the world is not only limited to Lombok. This was urged by the many of local residents who are still reluctant to leave their own territory and it is reinforced by various reasons. 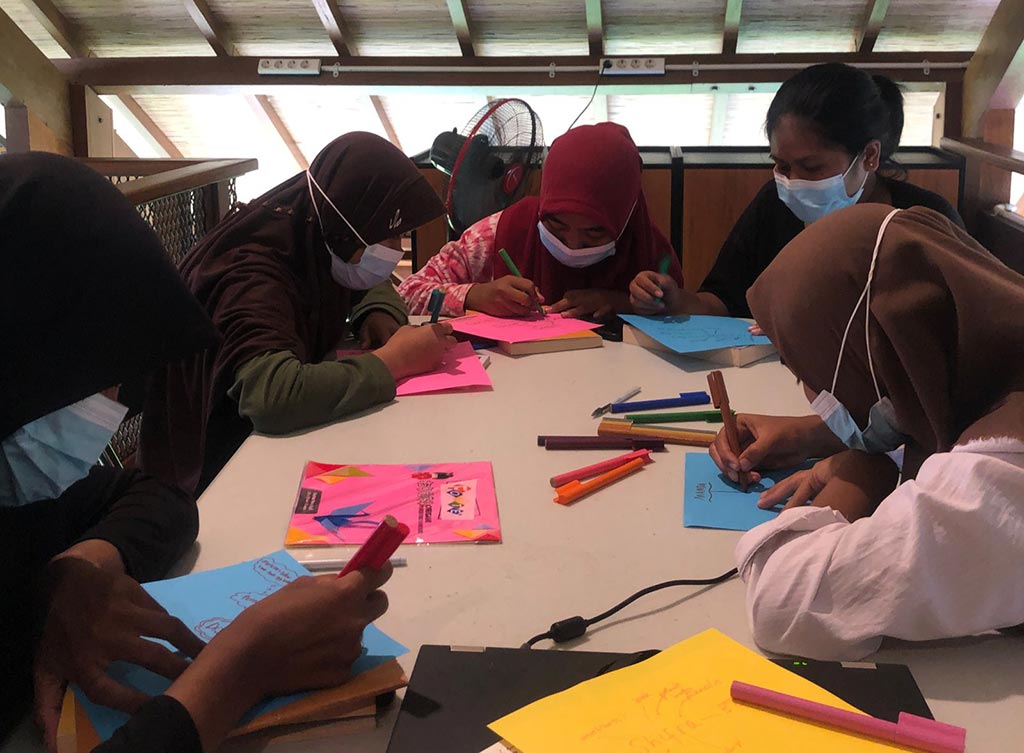 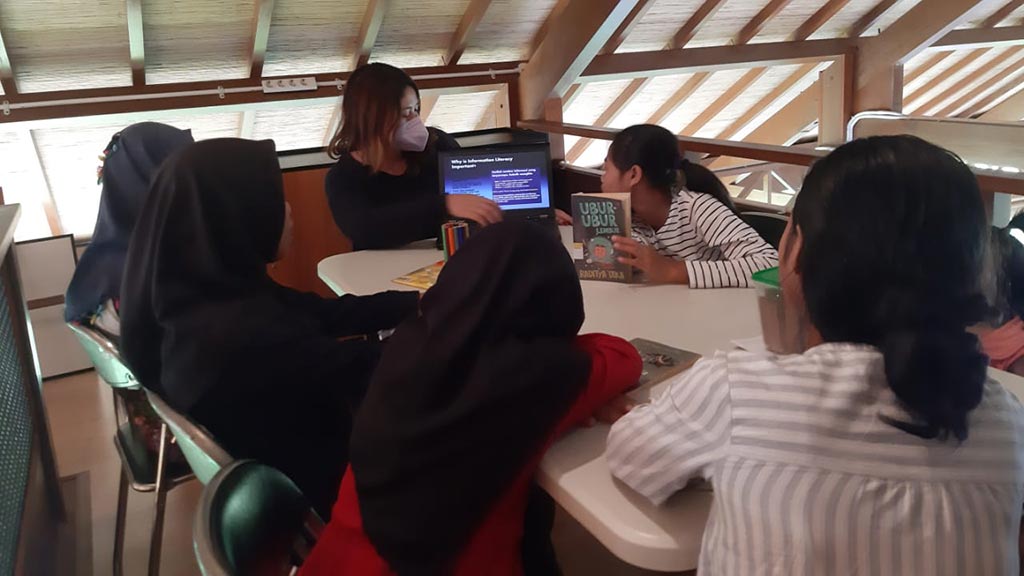 In 2021, Indonesian Vice President Ma’ruf Amin once said that the quality of human resources (HR) in West Nusa Tenggara (NTB) is still lagging behind other regions. Improving the quality of human resources is the main job for the NTB Provincial Government. Based on data explained by Ma’ruf, APK-PT in NTB only reaches 18 percent on average. As a comparison, Ma’ruf gave the example of Singapore which has an APK-PT of 62.2 percent and South Korea which reaches 91 percent. According to him, there is a positive correlation between developed countries that have human resources that have been fostered through higher education with advances in technological and economic mastery in developed countries. Of course, to reach such a point of development, community members, especially young people, really need to be aware of the importance of achieving education for their lives, initially. If they are not aware and do not feel the need for it, it will certainly be difficult to move forward.

In Rembitan, based on economic factors, many children and young people are required to earn a living for their families which blocked both their rights and path to achieve education. We fully hope that the interaction and mentoring that run at Titian Rembitan for its teenagers can help in some way—their mindset can be helped to be more structured which can lead them to the development of their qualities and abilities. Keep staying on the educational track. As if we were witnessing an epiphany, the Titian facilitators smiled broadly when these young people began to contemplate, “I have read this book. I also discussed with other people about the things written in this book. But how come they are different? I kept thinking about which one would be right.” (SK)