Get to Know Yourself Better

With the output design of this activity, Titian students can recognize their personality through what they observe about themselves and also their friends. Moreover, to increase their self-confidence, the Johari Window model is rather a suitable alternative model to be applied. In the Johari Window model, there is the use of concepts by expressing feedback and reflecting on self-awareness. This model was developed by Joseph Luth and Harry Ingham in 1955. To know yourself more using the Johari Window, self-assessment is needed as well as assessments from others.

In a consultation session using this model, the equipment needed is an ‘Adjectives Board’ to help Titianers identify human characters or traits; consultation books, writing instruments, and sticky notes to write down assessments or feedback to each friend in a group. The first thing to do is to make an assessment or reflection on themselves by writing down the adjectives that they think suit themselves. When they assessed themselves, Titianers were encouraged to analyze based on their habits and frequent behaviors. Then, the Titianers were given sticky notes from some friends in the same group with them and provide an assessment or feedback regarding the characteristics of their friends, referring to the Adjectives Board. The function of this Adjectives Board helps individuals to classify those assessed by themselves and others. However, even if the Adjectives Board is not used, the assessor can improve their verbal narrative ability to express what their judgments were and also explain in a narrative on what basis the assessment was given. In this session, they are encouraged to rate their friends objectively. It is at this point that they are moved to be able to provide an assessment and convey it well. 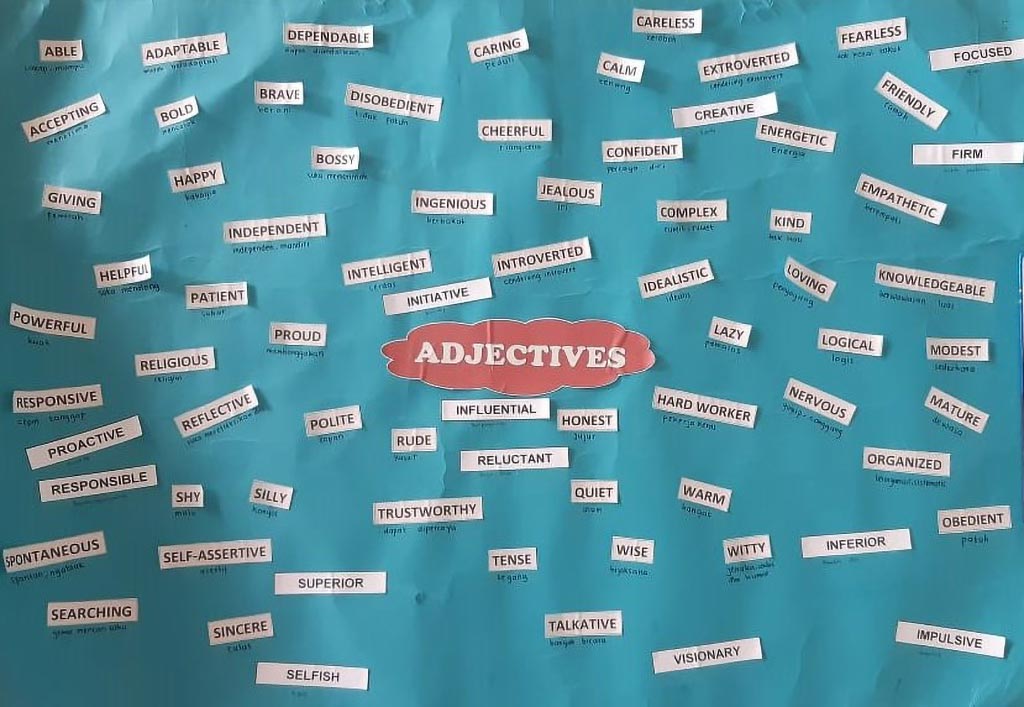 After that, Titianers gave its ratings to each of the other group members and then received ratings from other friends. The next thing they have to do is sorting out their self-assessments and those of their peers with the first step, which is to make a model of these boxes or the Johari Window. After they classify the characters that have been explored by themselves and their friends into Johari’s boxes or windows, the Titianers entered a ‘meaning session.’ Titianers were encouraged to interpret the results of this classification. For example, in the OPEN section, the side where our personalities are the same for both perspectives because on this side they realize that ‘they are exactly like that’ and other people also think the same. Titianers can also reflect on their feelings and thoughts through the sessions in this consultation activity. From these 14 small groups, the facilitator summarized the reflections that Titianers expressed, and there were three insights that Titianers felt and interpreted, one of which was insecurity.

When I presented the session at the consultation for the first group, I found an insight that was actually felt by many audiences — there was still a sense of insecurities given by ourselves when we have to look within ourselves and assess it. This insecure feeling is a feeling of inferiority or inferiority towards ourselves— feelings that make a person feel afraid, ashamed, and anxious. Many of the participants tended to judge themselves in a negative direction, even though I have given hints that the adjectives listed on this Adjectives Board are neutral. Adjectives are subjective, it depends on how the person interprets them, so many of participants find traits that they think tend to appear negative on their Hidden side because they also think about what other friends will think of them.

Interesting. Perhaps, many factors to make this appear, but for reflection on the activities of this group, the task for the facilitator is to direct that all of these parts; whether in the Open, Blind, or Hidden part of the window; all of them have their value for each individual. Only these individuals can reflect on the emerging side of themselves and our job as humans is to continue to recognize ourselves while we are still living in harmony with our bodies and souls. Some of us are not used to expressing our thoughts or opinions to others. This is a skill that needs to be developed — assertive speaking skills. Not for degrading ourselves nor other people, but to provide an evaluation of behavior or performance, especially to build personal relationships and work in teams. This is one part of good communication to achieve relationship goals. 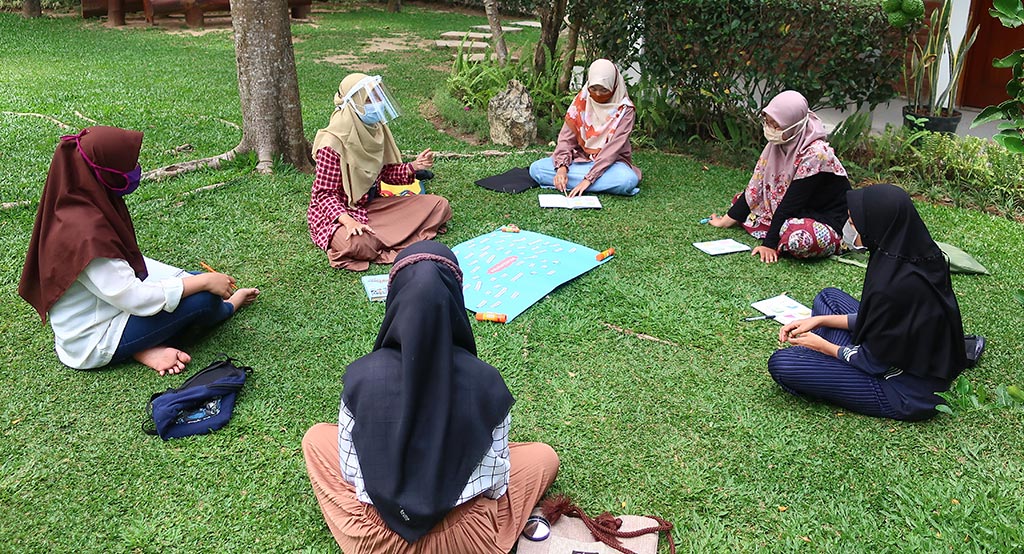 The feeling of pain or disappointment when being judged as ‘bad’ is one reflection of the feelings that some of Titian students felt, ‘…it turns out that there is a bad feeling, you know, when you read words that describe yourself ‘negatively’, especially when reading the words ‘don’t’ and “should’.” This situation will exist and become a natural result of us feeling negative emotions such as disappointment, shame, fear of being considered bad, hurt, and so on. It is a natural process and one of these processes we must feel and interpret as an effort to properly manage negative emotions. Because again, this activity aims to self-identify, which turns out that you will also be helped by others. We must also try to accept whatever other people think about us as subject matter for our reflection later.

By knowing this model, it is hoped that we can have a way to improve relationships so that later team performance, as well as relationships quality, will be better. We can also identify ourselves and become better human beings both individually and communally. (MVP)